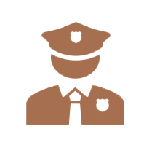 It becomes a formidable task for any government department and municipal council to deploy resources on a large scale to disinfect and sterilize public places.
It is always imperative to keep these facilities disinfected and sterilized for the safety of the citizens. Also, it is important to note that in the event of any contagious disease it is highly risky to put the local employees and staff in the forefront to do the job manually. This comes at a huge cost of labor which would be expensive during a pandemic. Precautionary measures would enable customers, employees and office staff to overcome stress and fear.
Our Disinfection and Sterilization Robot can be deployed in the following areas: 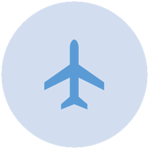 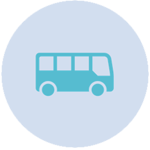 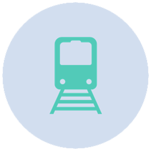 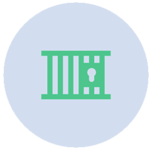 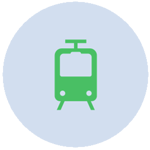 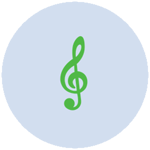 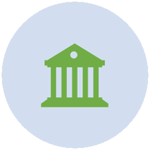 
Jacky’s Business Solutions a 50-year-old family owned business and a trusted name in many countries has worked on a variety of Pandemic Prevention solutions and launched the Disinfection Robot which will be vital in working round the clock, thereby disinfecting and sterilizing areas and the surroundings.

Health care workers around the world have been heavily challenged in recent times to combat the spread of a pandemic. The number of infections in every country has been steadily increasing and the fatality rates are also climbing day by day. Most of the countries have been constantly giving guidelines on self-isolation, social distancing and good hygiene practices. In the history of recent times, the world is battling with one enemy- “The invisible Virus”. It is believed that more than half of the world’s population is under complete lock down. Those countries that relax lock down measures may have to face a second wave with a serious relapse.

Although we have strict regulations in place, we still see the surge in the numbers of infections with no signs of slowing down. Early detection and prevention can certainly save a lot of lives. Founded in the year 2015 as a startup company AMY Robotics Co., Ltd has been involved in leading & innovative AI (Artiﬁcial Intelligent) enterprise specializing in R&D, manufacturing and sales of intelligent service robots and land cruising robots. AMY has been building robots with cutting-edge technologies and revolutionary intelligent solutions with several reputed awards under its fold. Amy has developed a professional robot service platform, providing customizable specialized and personalized robotic solutions for diverse scenarios, including hospitals, exhibition halls, museums, government aﬀairs halls and commercial/industrial parks.

AMY manufactures both the H2O2 (Hydrogen peroxide) and UVC technology for Disinfection and sterilization.

Amy sterilizing robot is equipped with a new type of dry fog space sterilization system, which boasts a strong sterilizing capacity but extremely low corrosion. The system achieves sterilization using the dry fog of special sterilizing agents. Driven by strong air supply, the dry fog diffuses and evaporates in the space, thus eliminating microorganisms and viruses in the air. The robot can move autonomously, and accomplish timed, fixed-point and multi-track mobile disinfection and sterilization in a large space.

Intense Disinfection and Sterilization:
The dry fog space sterilization system can replace the traditional formaldehyde sterilization with its strong sterilizing capacity. Our Robot can produce up to log 6 in terms of the eﬃciency of sterilizing Bacillus stearothermophilus recommended by the Hospitals.
Coverage of large areas:
The sterilization volume of a single-point atomizing sterilization generator is 20m3 to 500m3. A large space can be fully covered with disinfection and sterilization using the chassis for autonomous movement.
Environment friendly:
After the Sterilization is complete, there are no toxic remains on the surface. It is totally harmless, and the decomposition will leave behind only water vapor and oxygen.
Wide range of Sterilization:
Our Robots are highly effective for sterilization against fungi, bacteria, viruses and spores.
Autonomous Operation:
The Amy robot is fully capable of working un-manned and can be configured for Timed, Fixed point and Multi track disinfection and sterilization. The robot can be easily programmed to routes in large spaces. This helps in huge savings in terms of manpower cost and it can work round the clock efficiently.
Self-Charging:
Our Robot is fully capable of self-charging when it runs into low power during continuous operation.

Both our State-of-the-Art Robots are packed with rich features and come with professionally built Disinfection and Sterilization platforms which also support customization: 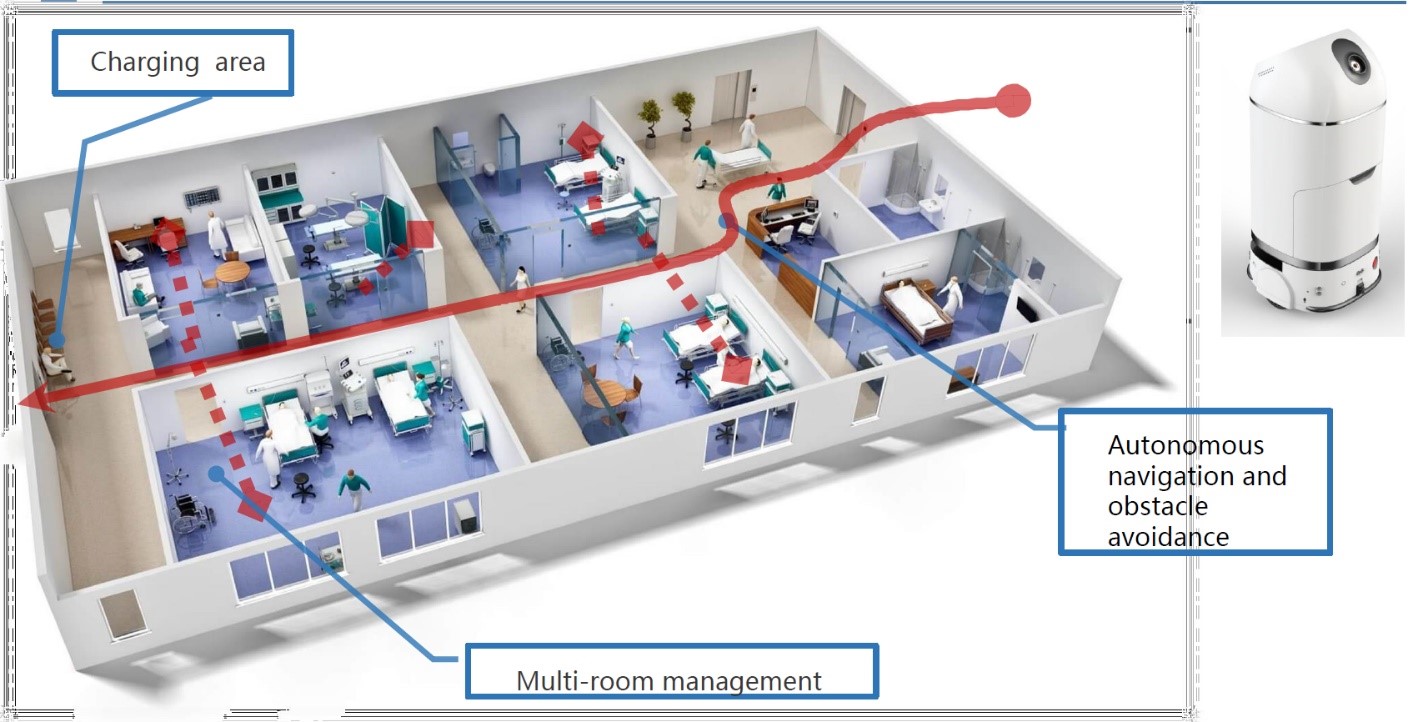 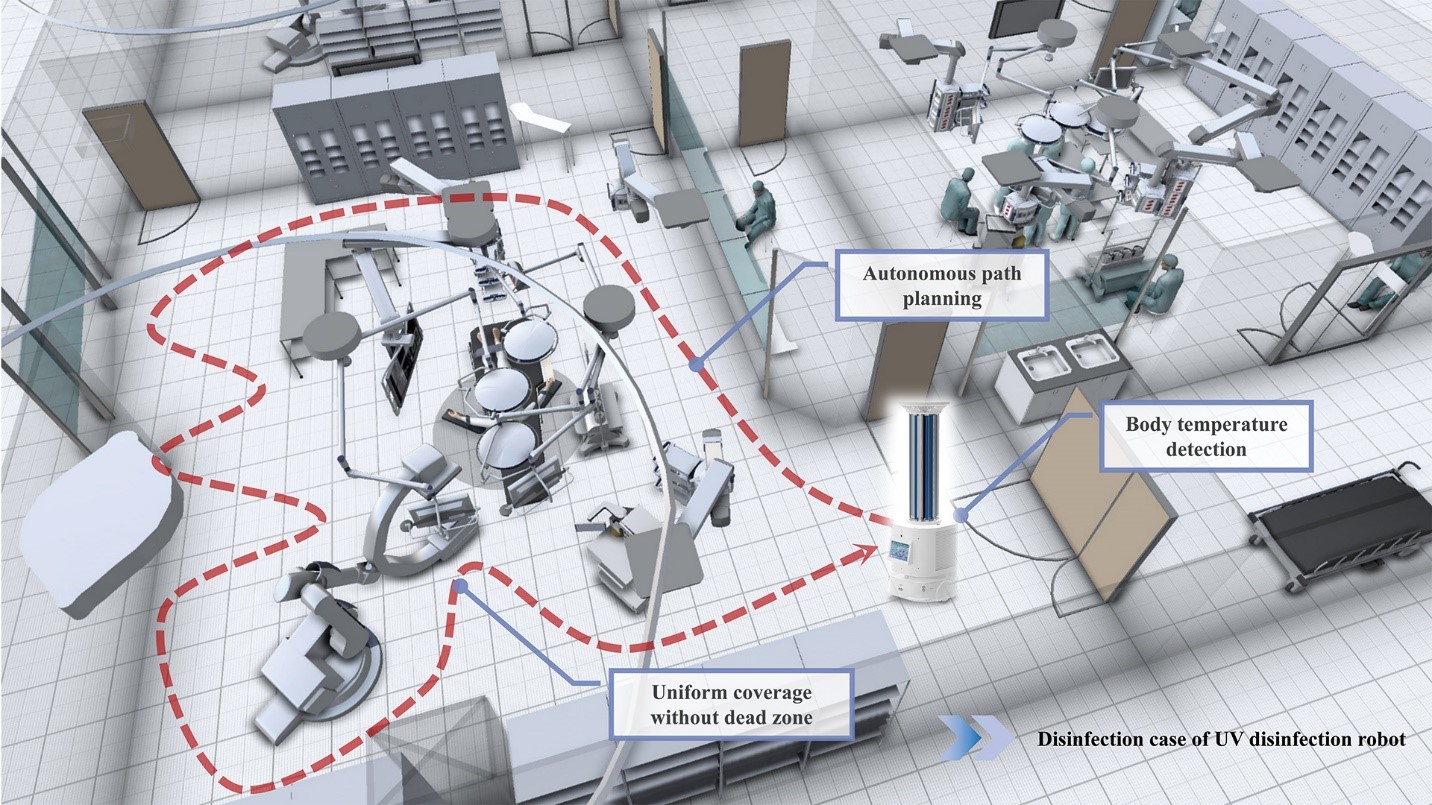