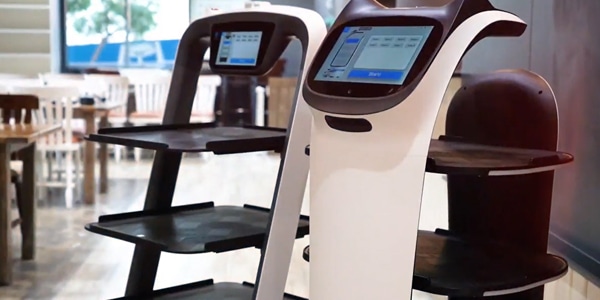 Dolci & Capricci has expanded his robot workforce that now includes Pepper from Softbank Robotics and Bella and Pudu robots from Pudu Robotics. Dolci & Capricci, specialising in Sicilian cuisine, has three outlets in Abu Dhabi, with the first restaurant launched three years ago and the third planned for launch in the Grand Mosque area in April.

Restaurant owner, Alberto Leotta, is equally passionate about the cuisine as he is about new technology. He said, “As far back as 12 years ago, I used a multi-touch table in my restaurant in Italy to create conversations and allow my customers to see the menu, order directly from their table. So, technology is important to me. Not just functionally but also to create a point of difference for our customers.”

Alberto always planned to use robots in his restaurants. Alberto felt that because of Covid but also as part of the evolving future and a new era of robots, he knew that he wanted to explore this more. He started his robot workforce with Pepper in his current restaurant after seeing it in action at DEWA two years ago. In addition to being popular among the Dolci & Capricci patrons, Pepper shares the history of the restaurant, the menu and also allows customers to record their feedback about the restaurant and its food. “It is entertaining for our customers and many return not just for the food (which is exceptional) but also to interact with Pepper,” added Alberto.

One key point of difference for Alberto was that Pepper can be programmed and that it learns as it interacts with the customers. He has been working with the team at Jacky’s to ensure that the robots are updated and that the latest versions are customised for use at the restaurant. “Every time we use Pepper, or our customers interact with it, the software updates and learns to interact and react better,” he added. Soon, he hopes that the facial recognition feature will be updated and customised so that Pepper will be able to recognise regular patrons of the restaurant.

In his second restaurant in Masdar City, Alberto decided to add the Bella and Pudu robots to help with delivering food to the tables. He plans to have another Pepper robot at the new restaurant to interact with the customers like it does at its current branch. “The Bella and Pudu robots can cater to multiple tables and orders working alongside our waiters, increasing the restaurant’s efficiency as well as maintaining social distancing, keeping our customers safe,” pointed out Alberto.

Alberto will continue to work with the team at Jackys to explore and get the most out of his robot workforce.

If you want to talk to the team about any of these robots or schedule a demo, drop us an email on vms.sales@jackys.com for more detailed and personalised discussions.